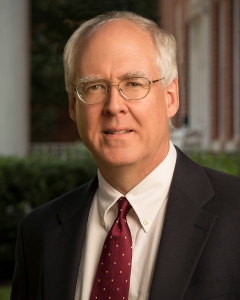 Earlier this week, a person connected with a national news-media organization contacted me and asked what I thought of Vice President Mike Pence’s commencement address at Liberty University.  I responded with the substance you find below.  Of course, it wasn’t used (I’m quite sure it didn’t fit the narrative they wanted to tell), but I thought I would share an expanded version here.

I didn’t watch the Pence speech (we were preoccupied with my daughter’s graduation from medical school), but I did read the transcript of the commencement address that was released by the White House.  I was surprised by how little was actually said about the topic of religious freedom.  Much of it was the usual commencement niceties and Pence establishing his evangelical Christian bona fides by telling his conversion story. My sense was that the Vice President was “preaching to the choir.”

A couple of sentences did, however, stand out to me. In fact, they made me cringe a bit.  Pence said, “The freedom of religion is enshrined in our First Amendment and in the hearts of every American.  And these attacks on Christian education are un-American.” As sociologist James D. Hunter of the University of Virginia has noted in his book Culture Wars, the cultural conflict often takes the form of a “struggle to define America.”  This sort of rhetorical game happens on both the right and the left, as both sides try to depict their opponents as “un-American” and as “opposed to what America stands for,” but this sort of language is often unhelpful; it can further deepen the cultural divide and make it more difficult to find common ground and have civil conversations.

But does Pence have a point in warning the Liberty graduates about discrimination against people of faith?  I think he does.  The progressive left by and large now prefers to speak of “freedom of belief” rather than the “free exercise of religion.”    Such people seem to think that one can hold religious beliefs but one cannot act on them, especially if such actions can be construed as unfavorable to those deemed to be oppressed on the grounds of gender, sexual orientation, etc. Can you lose your job for affirming traditional morality? Sure.  Just as Brendan Eich. Can your business be excluded from economic activity because you affirm traditional Christian morality?  Sure.  Just ask Chick-fil-A.

The rather clear failure of many on the progressive left to speak out against the killing and persecution of Christians elsewhere in the world (and the difficulties that some Christians have faced in seeking asylum in the West from religious persecution elsewhere in the world) at least suggests that secular elites view Christians as a problem.  It’s interesting to ponder why that might be.  I can think of two reasons—one more social/psychological and one implicitly religious.

Shortly before his death, the eminent sociologist Peter Berger penned a number of essays (here and here) in which he basically suggested that there has been in the broader culture a lot of ideological backfilling of the sexual revolution of the sixties and seventies.  Berger used the analogy of a candy store. The sexual revolution, he suggested, gave people the key to the candy store, and once people have that key they will respond viscerally and negatively to anyone who is perceived as trying to take the key away from them.  Traditional Christian affirmations of sexual morality will almost inevitably be seen as a matter of trying to take the key to the candy store.

But I think there’s more to it than that, and here we get into matters religious.  The theme of self-creative autonomy is a pretty powerful assumption in much contemporary cultural discourse.  The prevailing conviction is that we create ourselves. We can decide even something as seemingly basic and given as our gender.  And this sensibility has clearly replaced the older conviction that human beings are creatures of a transcendent God who established a creation order involving, for example, the gender binary. From the standpoint of functional religion, the autonomous, sovereign, self-creative human agent has effectively replaced the traditional deity.  To challenge the ultimacy of this self-creative human agent is to blaspheme what is sacred, and from time immemorial blasphemers of the sacred have been excluded and punished.